The PUBG MOBILE game was released on March 7, 2018. The game became very popular within a short time. Its popularity has grown so much that the PUBG MOBILE game is now running just down the street. Meet and discuss with the PUBG MOBILE Game begins and talks. It was as if it had become so overwhelming. People of different ages, especially young people, became addicted. 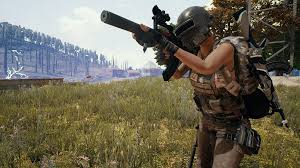 Now, no one ever goes out to play cricket, football on the field. Now the field is completely empty, silent. Everyone is now playing within the four walls of the house PUBG MOBILE or any other video game.
The game became so popular that middle-aged boys and girls now play only PUBG MOBILE games from school to school. But as much as they have their hands on it, they have more hands than their parents' obligation. Why would such a boy have a phone? When he had a book or a cricket bat, he would have a mobile in his hand. 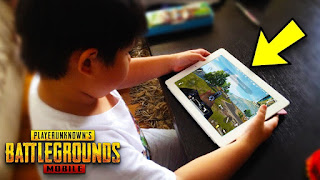 I'm not saying just skip playing PUBG MOBILE or other games. Do not make the game your own addiction by playing for more time.
And yes, of course, keep in mind that your younger brother will not be wearing mobile again all day. Tell him this time is not a mobile game, this time it is time to play cricket bat, ball or field with your friends. Will he return once that time is gone?

Popular online game player Unknown's Battlegrounds (PUBG) passed a brief ban in Bangladesh on Friday, amid growing concern that the game is having a negative impact on young people.

According to the police recommendation, the Bangladesh Telecommunications Regulatory Commission (BTRC) was given the responsibility of implementing an official directive on the game on Friday.

However, in a Facebook post around 9pm, the Minister of Posts and Telecommunications Mostafa Jabbar said that the block had been withdrawn.
He confirmed to the Dhaka Tribune at midnight that the block had been removed after they reviewed the matter.
The minister did not go into details of why their decision was taken earlier.
Earlier, Additional Deputy Commissioner of the Dhaka Metropolitan Police Cyber ​​Crime Unit Nazmul Islam told the Dhaka Tribune: “We are concerned about the emotional impact that PUBG has on our youth.

Nazmul added, "We have received complaints from parents and the Minister of Posts and Telecommunications has expressed his concern to us."

"Parents complain that students are getting addicted to the game, and are skipping classes because of it," he added. "They were also having a sleepless night."

PUBG was banned by several cities in India and several other countries, including China, Nepal, Jordan and Iraq. Despite the imposed ban, Indian police arrested many young men for playing the game.

Earlier, the government of Bangladesh banned the Blue Whale Challenge, an online game that requires players to kill themselves as part of the game.
schedule October 20, 2019